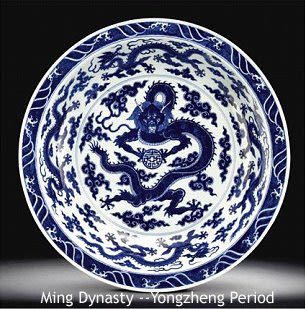 It was President Richard Nixon who somewhat infamously remarked, “We’re all Keynesians now” in 1971, just about the time he launched a series of disastrous economic policies, including wage and price controls. This was right before Nixon’s fabled trip to China.

Nixon is, of course, long gone, and a lot of Keynesianism theory has been discredited. But, China recently introduced its own brand of Keynesian-style economic stimulus package, totaling almost $600 billion. The purpose is to shore up the slowing Chinese economy, by increasing government spending by something like 15% of current annual gdp. That’s a very big chunk of change.

Most of the money is meant to go towards infrastructure and poverty alleviation programs. It should help shield China’s economy from some of the ill effects likely to come from a recession in the US and Europe  – which for China, will mean slowing growth, if not an actual decline,  in exports and direct investment.

The $600 billion stimulus package is an important sign of a larger change now underway in China’s economy. The huge domestic market, rather than exports, will be the main engine of growth from here on. This, in turn, bolsters the most compelling investment case for private equity investors in China.

The best investment opportunities will be those companies that have the products, services and potential to dominate in China’s domestic market. How to find these companies? The ideal businesses are those that already established themselves as high-quality producers for export markets, and are now turning their primary focus to the home market.  These companies already built manufacturing expertise and scale through exports. Ideally, they also continued to upgrade their OEM production to serve good global brands with higher-priced products, rather than as simply a low-cost, low-value producer.

An interesting comparison: this is the opposite of the strategy many of the best Japanese companies followed: they first achieved dominance in the very-competitive Japanese domestic market, then, battle-hardened, set out to conquer the world. Great examples of this are Toyota, Honda, Sony, Matsushita, Takeda Chemicals, Canon, Kao.

The Chinese approach is different, but no less powerful. Good Chinese companies have already mastered, through their OEM business, short product cycles and the importance of anticipating changing consumer taste.  Both are central to success in China’s domestic market as well.

At China First Capital, we’re fortunate to work with one client, Harson, that exhibits all the best characteristics of a Chinese business now building a dominant position in China’s domestic market. Harson began as an OEM manufacturer, and continually upgraded its manufacturing and product design to serve some of the best international brand names in its industry. Under its very able and far-sighted chairman, Harson then began, almost five years ago, to use that foundation to build its own domestic brand business in China.  That domestic business is now thriving, and moving forward, should account for over 60% of Harson’s projected $300mn in total revenues within two years.

There will be no faster-growing large market in the world than China’s domestic market. The Chinese government will play a role, by spending on improving education and infrastructure. But, the great entrepreneurs, like Harson’s, will do even more to remake China over the next two decades and beyond by selling Chinese more of what they want and crave.